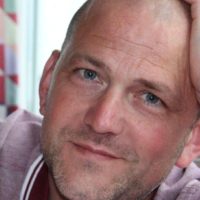 Craig has exhibited with the Royal Society of Oil Painters Annual Exhibition at the prestigious Mall Galleries London in both 2018 2017 along with "The Artist" at Patchings in 2018 and 2017.

From a child Craig always had a pencil in his hand, along with a passion for drawing. He would wander around the house restless until he found something of interest. In his own words “I believe that at this point in my life HE MAN! was a particular favourite character of mine so I would often draw him, and I remember that I would ask my father for his help. I was always amazed at how well he could draw, this without doubt helped to spur me on to improve my own drawing abilities.”

Craig doesn't like to say that he's a self taught artist because he has had many friends, family members and school teachers over the years that have helped with encouragement and advice. Craig hasn't had any “formal training” but is always inspired by many artists, John Singer Sargent, Monet, Manet, Cezanne, Dega, to name but a few of the old greats.

Craig has a passion for painting both outdoors as well as in the studio and If there's something that catches his eye, whether it be a portrait, landscape, or still life, he'll happily paint it!

Mediums
Craig favours oils but occasionally uses watercolours. His reason for favouring oil paint is their colour richness and visibility. Also a big plus in their favour is that they stay wet far longer then other mediums which means he can easily paint wet on wet.

Craig’s Method
Mostly Craig will paint Alla Prima, so he'll try to start and finish a piece in the same sitting with the exception of portraiture, where it is usually necessary for 2 or 3 sessions, this can vary depending on the requirements of the commission. As with each of his paintings his preference is to have a loose, spontaneous approach. Craig paints with both brushes and palette knife but of late prefers a combination of the two with the knife proving most dominant.